Never heard of Steampunk? I hadn’t until a couple of years ago. At the time, I didn’t even know what I was looking at was called “Steampunk”. I just started seeing photographs of people in these really cool costumes adorned with all kinds of gadgets and gizmos.

And so begins my quest to do Steampunk portraits as a personal project. Here are a few photos from my first Steampunk shoot! Rather than traditional portraits, I’ve finished these with variations of different antiqued effects that, for me, fit more the Steampunk time which generally seems to be agreed on as something along the lines of Victorian. 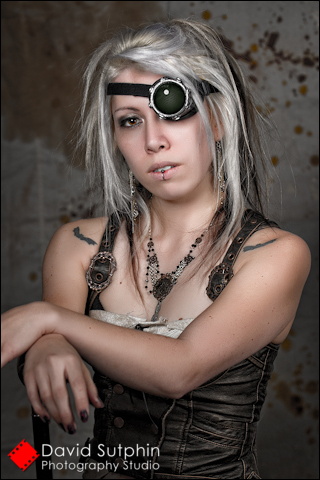 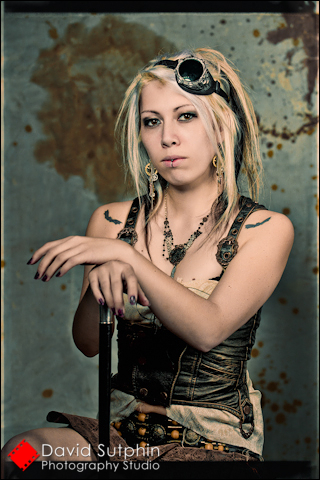 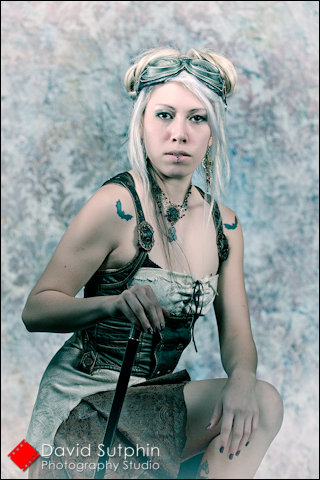 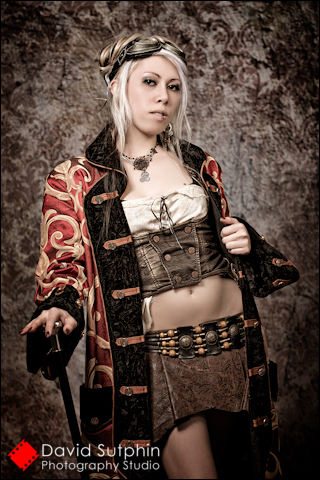 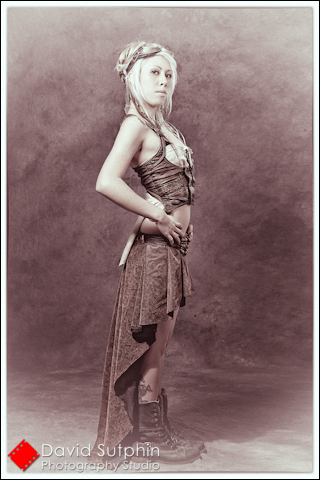 According to Wikipedia’s article on Steampunk, the Steampunk genre came into prominence during the 1980s and early 1990s (wow, that long ago)! It’s a sort of alternate history timeline, Victorian salted with Wild West elements and steam powered everything with lots of exposed gears being the fashion of the day. If that isn’t fun enough, there are also elements of science fiction and fantasy thrown in with copper, brass and bronze appearing as popular metals of choice.

If this has piqued your interest in Steampunk, here’s a couple of Steampunk links.

What is Steampunk on Steampunk.com

If all this sounds like fun, you might want to check out the Anomaly Con Steampunk Convention here in Denver this March 23rd to 25th (2012). You might just see me there trying to find my next Steampunk portrait subject!

And if you find yourself out getting your own Steampunk attire, let me know – I would love to create a portrait of you!

Although everyone should have a professional headshot in today’s workplace, I had been putting off getting this done for many reasons – not sure who to use, lack of time, and busy work schedule. I am certainly glad to have found David Sutphin. Not only does David have an enormous talent and passion for his work, he also made it a fun and simple process. I am very appreciative of David’s guidance and help in creating the perfect headshot to use on my work bio, social media, and LinkedIn.

David is a pleasure to work with, very talented and a true professional.

David is a fantastic photographer, very skilled technically and he knows how to make you look your best. I loved working with him and plan to send my staff to see him this spring.

Call to Book a Shoot!

Ready to go? Give me a call to schedule your shoot. (It's OK to call me evenings and weekends.)

Photo sessions are by appointment only - sorry no walk-ins.

Have questions? You can use the contact me form or send an email to:

Please be sure to include your phone number. Some questions are too long to be answered by email!

Or Use This Form